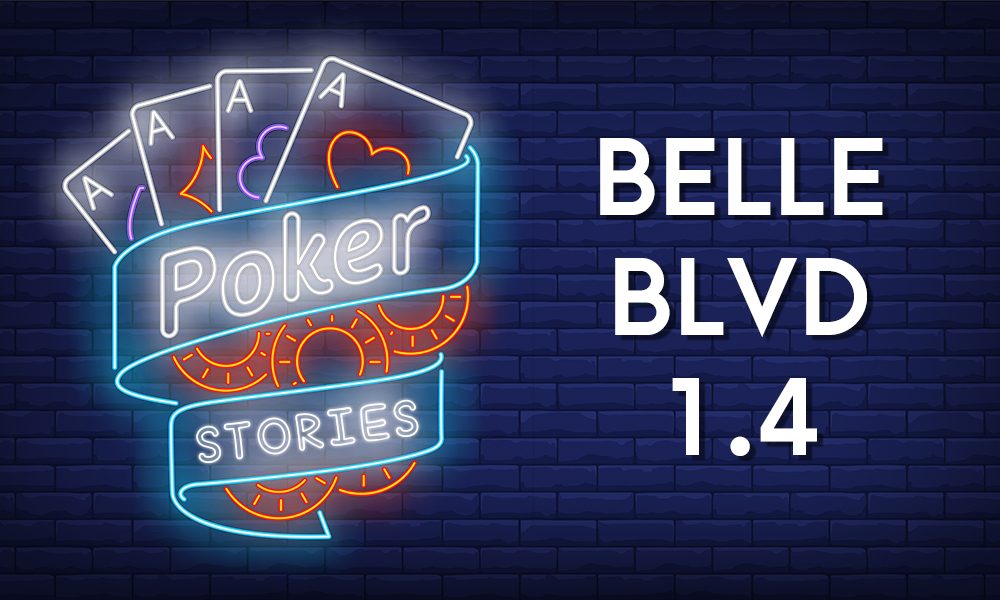 I left out a killer story about Spades, but it takes place during the summer of 2010 — currently 2 years ahead from the present timeline. I was going to leave this one out, but I gave it some thought — it’s just too critical of a story, and it speaks volumes to why there are very few clubs that are able to withstand the test of time.

It’s inevitable — at some point in time, a commercial club will encounter a problem that’s serious enough to put it in the ground. Players go broke, floors lend out too much credit, a game gets robbed, rumors of cheating spread — whatever the case, what I’m trying to say is that it’s impossible to predict when a club will suddenly disappear off of the face of the earth.

There are only a handful of guys in New York who have the resources needed to prevent these problems from occurring in the first place. One of them was Gary — the owner of Spades. He was rarely, if ever, present at the club. He played elsewhere, and made it a point to never be around. Years later, I would come to learn that Gary had NCPD Vice on the payroll. In case you were wondering, yes — Spades still opens its doors at 10 AM daily, to this day in 2019.

One night while working at the club, it was around 5:30 PM — Gary walks into the room, while the other dealers and I are preparing for the evening tournament. He walks over to the podium and begins to tinker with the locked Craftsman toolbox that houses our chips. I hadn’t seen him in quite some time, his presence alone made him stick out like a sore thumb.

It was around 6 PM now, maybe. Gary’s cell phone rings — he takes it out of his pocket and answers the call.

“Hello?… Really. Okay, then. Thanks.” — the phone goes back into his pocket.

He starts shouting at the top of his lungs.

“EVERYONE! WE ARE GETTING RAIDED, TONIGHT, THREE HOURS FROM NOW!”

“JULIUS! START SECURING ALL THE CHIPS!”

“CHRIS! TAKE ALL THE CHAIRS OUTSIDE!”

“YOU! COVER ALL OF THE TABLES!”

Gary swiftly scurries over to one of the cash games, with racks in hand — it was a full table. He immediately begins to count everyone’s chips and pay out each player, then boot them right the fuck out, with a final farewell at the door.

I kid you not, the nine of us had the entire place packed up in about two hours. We jammed the whole club into the truck — a rented U-Haul from Home Depot. Everyone heads to their cars, while Gary approaches the truck.

“CHRIS! YOU’RE NOT LEAVING! GET IN YOUR CAR AND PARK DOWN THE BLOCK! SIT THERE UNTIL I CALL YOU!”
“MANNY! FOLLOW MY CAR TO THE NEW LOCATION!”

I overheard all of the yelling, but I had started my car and sat idle, while waiting for instructions. I was confused. I wasn’t sure what the plan was, or where I was supposed to go, or why Chris was staying behind. What the hell was going on?

I take out my phone and call Gary, who proceeds to give me an address, and order me to be report there within 15 minutes. I punch the address into my GPS unit and bolt out of parking lot.

I drove to what was another location, which Gary had on deck, ready to go. Later in life, I found out that he was fucking LOADED, wealthy as fuck, and owned dozens of buildings in Long Island. He had multiple properties just waiting on standby. He even made Chris stay at the old location to ensure that it got raided — which it did. 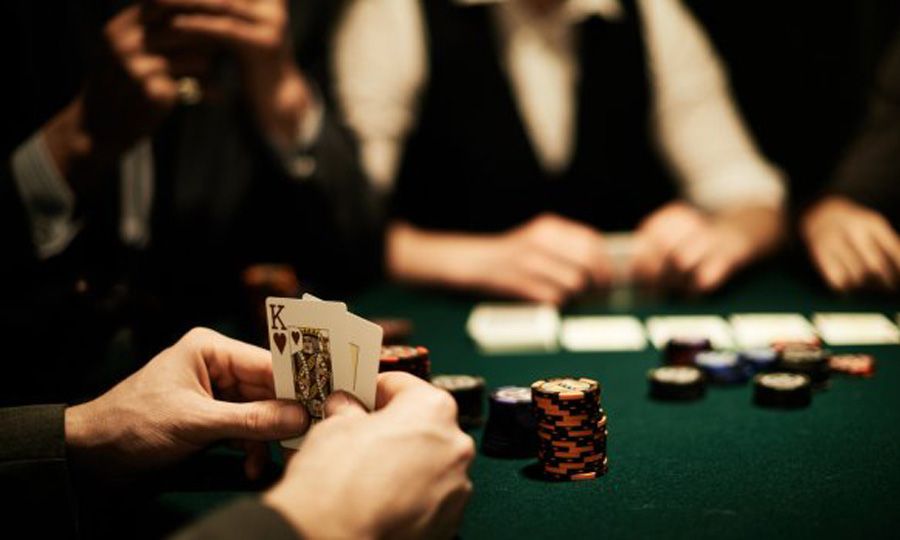 When I became privy to the fact that Gary had NCPD Vice on the payroll, my suspicions were confirmed — it was revealed to me that he was legit mafia backed. Spades had a long-standing reputation, of over 25 years, for being the safest place to play, and now I knew why. There was pretty much a 0% chance that it would ever be targeted for robbery. However, it didn’t mean that Spades wasn’t at risk of being raided — in fact, it had already been raided in the past. I wrote about it in an earlier chapter, describing exactly how the raid was executed. It was quite the scene.

Ultimately, and this is just conjecture, some type of deal had been made — Gary would allow the club to be raided, resulting in a seizure of all its funds. In exchange, the District Attorney would drop all charges down to the “promotion of gambling” in the 2nd degree, and ensure that the judge residing over the case didn’t hand out a sentence consisting of anything other than a hefty fine.

In reality, this was a very quick process that took no longer than a few days, at most. However, when the SWAT team breached their way into the “current” location of Spades, they found nothing but an abandoned, empty room with very dirty carpeting.

When I arrived at the address that my GPS unit brought me to, I was a bit surprised. Spades was usually housed within a high traffic, buzzing metro area, and it was almost always disguised by a genuine business that had a very large, retail storefront.

The new location was inside of a huge industrial complex that had way too many parking spots. I spotted Gary — he was pacing around in circles while yelling into his cell phone. I drove towards him and parked my car in one of the many spots, then hopped out and helped everyone unload the rest of the truck into the new location. Everyone was hustling, waking with purpose.

The tournament started about an hour and change late, although with eight, full tables. As the tournament progressed through its levels, it became clear — tonight wasn’t any different from any other night. There was already a cash game running, and another one was about to start with seven players.

The atmosphere inside the room that night invoked a feeling that could only be described as an imbalanced mixture of anxiety and urgency. Players were much more on edge than usual, as were the dealers. Not to mention, Gary was still zipping around the room, conducting business and barking orders at whoever was unfortunate enough to end up within his reach. 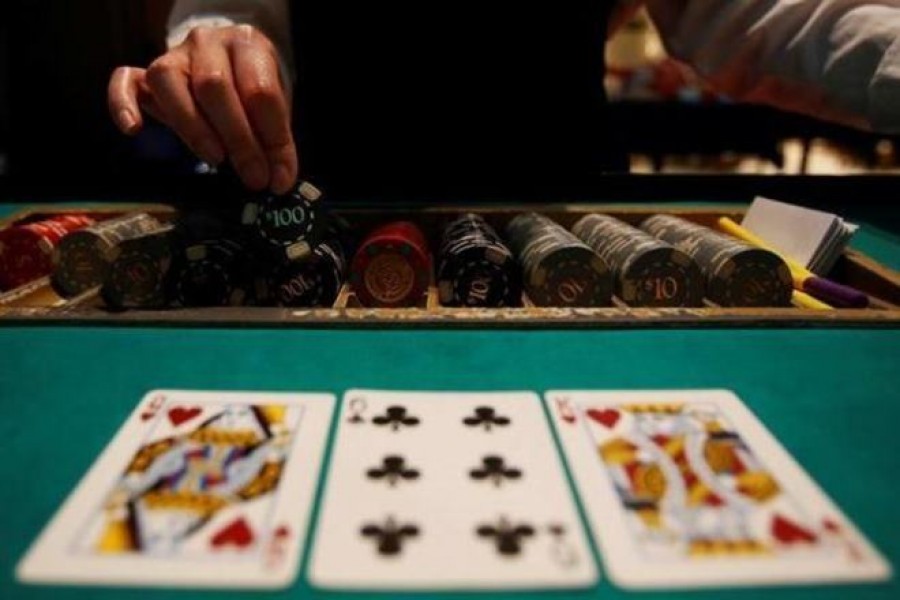 Spades didn’t run inside of the industrial lot for very long. It was apparent that it was simply a temporary home for the card room. Not to mention, I spotted two unmarked squad cars driving around the parking zones when I got there the next evening. The new location brought more disadvantages than it did benefits.

Eventually, Spades abandoned the industrial complex and found a long term home that was on the 2nd floor of a commercial building. A large, busy fitness studio and gym displayed itself in front. The stairs that led up to the poker room could only be accessed by walking through the 1st floor of the gym — it provided a sense of security.

Unsurprisingly, the club was permanently relocated once again, about 7 months later. This time, however, Gary elected to move into a property where he had been previously raided. It was then that I realized that there were actually a very limited number of locations that you could actually consider “prime real estate”.

Maybe it was time for me to consider running my own game?